Last year my son (then in 5th grade) couldn’t stop talking about the book The Wednesday Wars, by Gary D. Schmidt. “It’s my favorite book ever, Mom! You have to read it.” And so I did. He was right, it was terrific. Fast forward to this year, when I happened to come upon another book by Schmidt, called Okay for Now. When I noticed the cover stated that it was a “companion to The Wednesday Wars,” I of course bought it for my son, who devoured it, and proclaimed it “even better” than his “favorite.” Once again, he was right.

As background, here is a summary from Barnes and Noble:

As a fourteen-year-old who just moved to a new town, with no friends and a louse for an older brother, Doug Swieteck has all the stats stacked against him. So begins a coming-of-age masterwork full of equal parts comedy and tragedy from Newbery Honor winner Gary D. Schmidt. As Doug struggles to be more than the “skinny thug” that his teachers and the police think him to be, he finds an unlikely ally in Lil Spicer—a fiery young lady who “smelled like daisies would smell if they were growing in a big field under a clearing sky after a rain.” In Lil, Doug finds the strength to endure an abusive father, the suspicions of a whole town, and the return of his oldest brother, forever scarred, from Vietnam. Together, they find a safe haven in the local library, inspiration in learning about the plates of John James Audubon’s birds, and a hilarious adventure on a Broadway stage. In this stunning novel, Schmidt expertly weaves multiple themes of loss and recovery in a story teeming with distinctive, unusual characters and invaluable lessons about love, creativity, and survival.

Whether you are a middle schooler like my son, or a 40 year old adult like me, you will enjoy and appreciate this book. I won’t lie, it’s not a “feel good” book, at least the majority of it isn’t. Schmidt makes you think along the entire journey, having his main character ask questions of you (some rhetorical). The book makes you appreciate what you have, honor what you have lost, and dream about what may come. No matter how bad things seem, they could be worse. Doug is human, he lets things get to him (as anyone in his position likely would), but he sees beyond the darkness and allows hope to glisten through on even the worst of days.

There are many “unanswered” questions throughout this book, which usually irritates me. However, in Okay for Now, these unanswered questions made me think; would they be answered the way Schmidt led you to believe they would, or would there be a different conclusion? I think this is the beauty of the book – the reader gets to decide this for him or herself.

Have you read Okay for Now? If so, I’d love to hear your own thoughts of the book! Please leave me a comment – good or bad – with your own review. If not, all I can say is READ IT! (So what if I sound like my now 6th grade son :)). 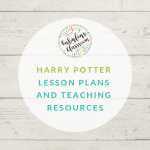 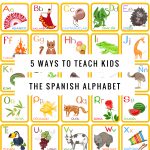 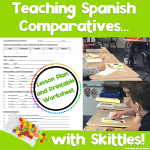