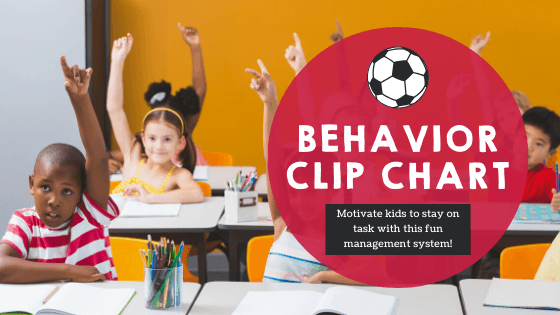 Behavior clip charts are a great way to manage classroom behavior. As one of the biggest questions first-year teachers ask is “How do you control children in the classroom?” I decided to share a system that worked for me. Since I teach elementary Spanish (grades 1-5), positive reinforcement works really well. In fact, I only see each class for 30 minutes (often less if they are coming from another special). Therefore, since time is at a premium, I hate to waste it dealing with behavior issues. After a lot of thought, I decided that a clip system would (hopefully!) work. I really liked that it could be modified depending on grade level. Here’s how I created the system and how I used it in my classes. I hope it helps in your classroom!

First, I needed to think of a theme. Given that my daughter has played travel soccer since 2nd grade, I decided to go with fútbol as a theme. In addition to being an activity that most kids enjoy, it also goes well with Spanish culture. Further, it lends itself well to me reminding classes to work together as an equipo (team). After deciding my theme, I created these cards to display:

Although this system was created in Spanish, the cards are also included in English, and can easily be used in regular classrooms.

First I printed out the cards on cardstock, then I laminated them, cut them out, and applied magnetic tape to the back of each card. Next, I put the cards up on the whiteboard. I stuck them in a place where they could always be seen by all students. As soon as you have this done, you’re ready to move on to the next step!

First, it’s important to realize that the basic concept of the behavior clip chart for all grade levels is the same: to score a goal by demonstrating good behavior. For students in grades 1 and 2, I decided that a more individualized system would work better. Therefore, I created mini soccer balls with each child’s name. I didn’t do anything fancy – just found a clipart soccer ball and typed each student’s name on a ball.

Then I printed and laminated them, cut them out, and put a small piece of magnetic tape on each one. As seen in the photo below, each day the soccer balls start on the green “Ready to Play” card. This is what it looks like (apologies for the terrible picture; I only had my phone):

Further, I explained to the students that a yellow is just a warning. While everyone gets warnings from time to time, I told students that it’s important to learn from them and not repeat the bad behavior. If students move to red they get a call home, which, of course, no student wants!

On the other hand, if students end the day on green or above they get to color in a space on a chart; when they get 10 spaces filled in, they get to pick a prize. Any student that gets a goal gets to color in 2 spaces! In order to keep things simple, I have the charts for each class on a clipboard near the clip chart. Although this worked for my classes, I know that every class is different so do what works best for you!

While my younger students sit on a big color-coded rug, my older kids sit at assigned tables in groups of 3-4. Each table is a different fútbol team and a different color (signs hang from the ceiling above). In fact, the system generally works the same way, except the tables work as teams instead of individually. Similar to using soccer balls for students, I use a magnetic clip that is the same color as each table:

In order to indicate positive or negative behavior, the clips representing the tables can move up or down just like the soccer balls. Then, at the end of class, each table that stays above red and yellow gets to color in a space on a chart like the younger students. Since everyone at the table either gets to fill in a space or does not, kids learn to work together and be accountable for their actions.

Another option is to fill out charts as tables rather than individually. If a table remains on green or above, they get to color in a square at the end of class. Then, when the entire chart is filled (I have done 5 x 5 charts that have worked well) they get a table reward like lunch with me, etc. Just like the younger kids, any table that gets a goal gets to color in 2 spaces! Regardless of what you decide to offer as a prize, kids love the incentive or working towards a reward!

No time to think about this right now? Then pin for later! 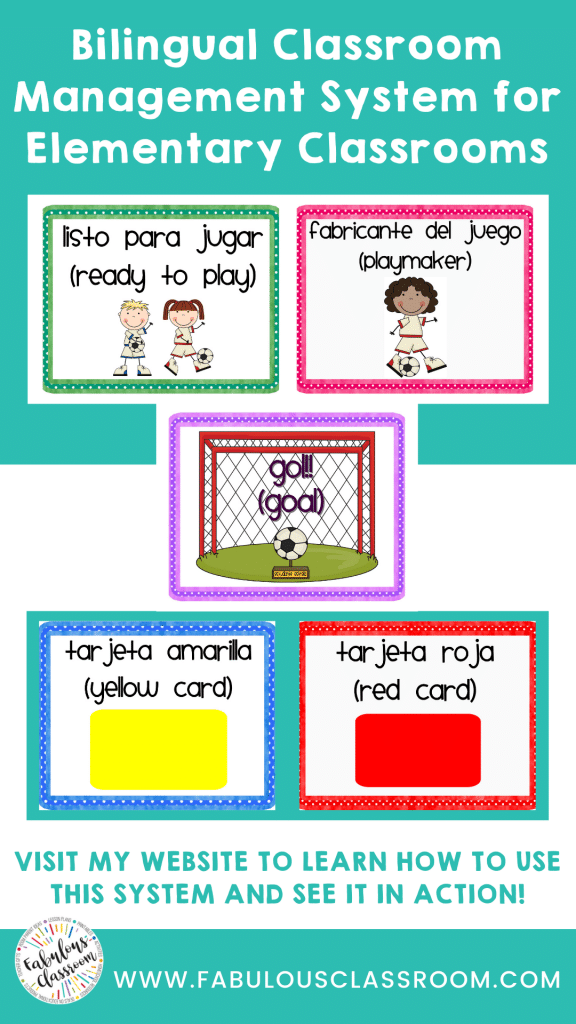 Undoubtedly, no two classes are alike, so you need to find what works best for your classroom. If you teach middle or high school, you should definitely check out the CHAMPS system (blog post hopefully coming soon)! Since behavior clip charts offer a lot of flexibility and options, I think they are a wonderful tool. Now that you have learned about my system, I hope you’ll try it and let me know how it goes! I know it sounds a tad confusing, so if you have any questions feel free to contact me or leave them in a comment and I will do my best to respond! If you’d like to purchase this set, please click on the pic! Thanks for your support! 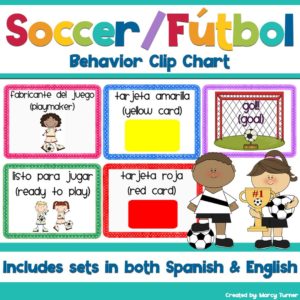